Every year my family and I go on a trip down south to an Island called Marco Island. The Island is about thirty minutes south of Naples another beach but a larger area. We have been going to Marco Island for 12 years and I just turned 13 years old. My Nana and Papa invite my family and my aunt and uncle with their two children. Every year we have a fishing tournament. We have an award for the most fish caught and the biggest fish. The tournament is more interesting because our rental house has a dock with a canal at the back. The fish I could see were snapper, sheepshead, and catfish. But I also saw some jelly fish and a starfish.

Like always we rent a pontoon boat a go out to this small island to play in the sand and fish. My brother caught a snook and I was jealous because snook is my favorite snook to catch because I have been cautions them since I was about 6 years old. A day later we went on a charter boat to go deep sea fishing. We went on Miss Louise and fished out in the Gulf of Mexico. I caught a lot of snapper and a couple small red grouper. My Dad and Papa caught bigger red grouper and one of them was a 21 inches. At the end of the trip I caught 23 fish and only got to keep about 15 of them to eat. We had fish tacos that night. A couple days later we went to a pier and my Dad caught about a 12 inch shark and was called a bonnethead. At the end of the trip I caught the most fish with 26 and my Papa caught the biggest fish which was the grouper. One of my favorite restaurants at Marco is the sandbar. They serve bunch of small food like mini tacos, mini burgers, wings, mini hotdogs, and they are all good. My brother and I found $5 from quarters in their small arcade. I hope I will have the chance to go back with my family. 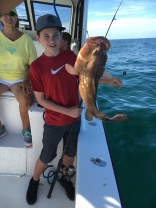 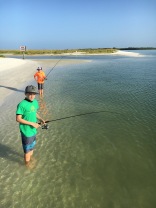 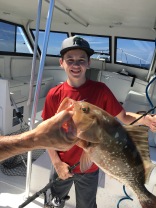 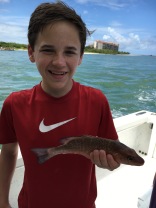 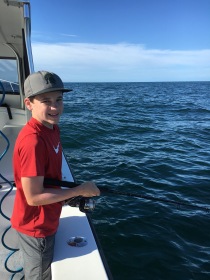 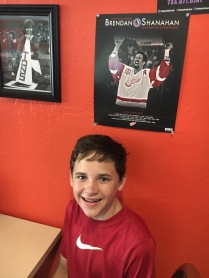 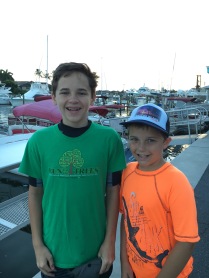